Welcome to the Quilters' Book Club!  Our book to read and discuss during July 2013 is Wedding Quilt by Emilie Richards.  It's the first book in her Shenandoah Album series and is set in Virginia.  Check out the book from your local library and join us!

Get yourself a cup of tea and spend a bit of time with the author.  Here's her biography taken from her website: 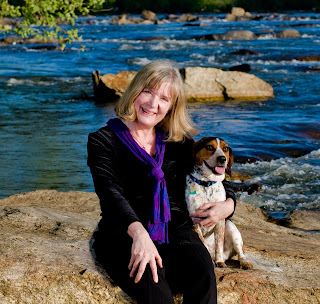 TODAY bestselling author Emilie Richards recalls fondly the summer she served as a volunteer in the Arkansas Ozarks. Although conditions were primitive and resources scarce, at the end of the three months the 20-year-old college student left with a richness of experience that would forever change her life and ultimately inspire a series of novels about the age-old craft of quilting.

“This was the country’s third-poorest county,” Richards said in an interview from her northern . “In the area where we worked there were no phones, no running water and no indoor plumbing. These were hardworking families who grew what they put on their tables. There was little color in their lives, but the women did what women have been doing for centuries. They created beauty out of nothing—turning scraps of old clothing and feed sacks into exquisitely beautiful quilts.”

Richards says the women insisted she quilt with them in the evenings, “and then later they’d take out my stitches,” she laughingly recalls of her early attempts at the craft. “But I left the Ozarks a different person. I don’t run water needlessly. I recycle everything. I don’t waste food. And,” she adds, “I quilt every chance I get.”
After her stint in the Ozarks, Richards went on to finish her undergraduate degree in American studies from , and her master’s in family development from Virginia Tech. She subsequently served as a therapist in a mental health center, as a parent services coordinator for Head Start families and in several pastoral counseling centers before she began writing full-time. 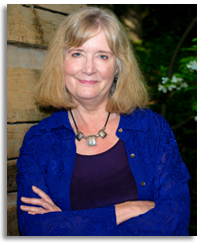 Richards says that in every social service position she held, she gained more than she gave. “I set out to help people and ended up learning so much more about myself.”

Richards is married to her college sweetheart, a Unitarian Universalist minister, and those years of church life are responsible for the creation of the Ministry is Murder mysteries, about a minister’s wife who solves murders in a tiny town.

Emilie and her husband have three grown sons and a daughter. Born in , and raised in , Richards has lived with her family not only in but in , , , and . They also spent two four-month sabbaticals in .


When not writing or quilting, Richards enjoys traveling and turning her suburban yard into a country garden.

Now it's your turn.  What question would you like to ask Emilie Richards?  Inquiring minds want to know!  Emily has kindly offered to participate in our discussions, so here's your chance!   Answer in the comment section below.  If you are reading via email, you must first click on the blog title to be able to comment and read the comments of others.  By commenting, you are entering your name in a giveaway for Clare O'Donohue's book, The Devil's Puzzle, part of her Someday Quilts Mystery Series.  Plume Books has generously offered copies of Clare's book for TWO lucky winners this month.